‘Barbarum fretum’ is an interactive audiovisual installation which reacts on human presence by the illusion of filling up the space with waving sea water and taking its user to the depth of the sea. During this calm and hypnotic ‘trip’ the user discovers random historical and geological facts of the Baltic Sea.
’Barbarum fretum’ also brings the user to different city places – via peepholes, reminding telescopes can be seen in real time the landscapes of 3 sea shores in countries surrounding the Baltic Sea.

The installation is based on wide-format projection technology and uses Kinekt as a detector of motion with a designed patch written by the authors in PureData – real-time graphical dataflow programming environment for audio, video, and graphical processing.

Produced in May 2013 during the ArtLine Digital Art Festival. 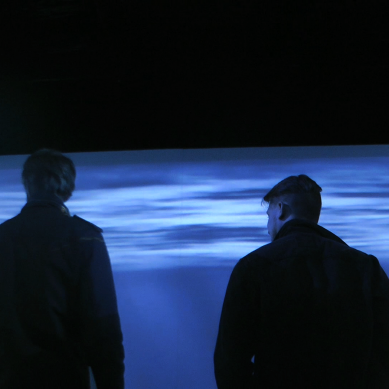 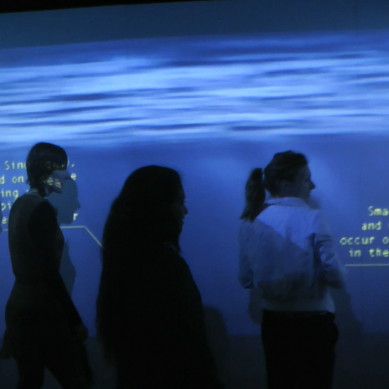 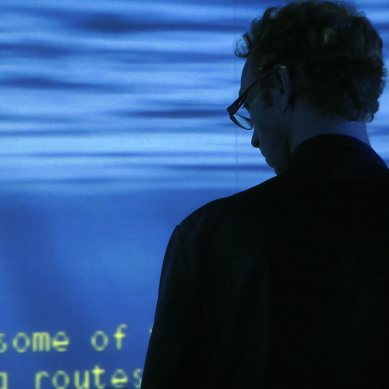